Seeing the forrest for the trees

Stenosing tenosynovitis – apparently I got it.

About one month ago, I woke up from bed with this stiff middle finger on the left. It curled up and would not straightened. I am sure I can force it to straighten but then I am sure I will be in pain and agony. Being a regular with joint and muscle pain, I decided to leave it alone and see if it goes away. A couple of days later, the finger can straighten again and I did not give it a second thought. After a few days, the ailment came back again, same finger would not straighten.. and just as fast as it came, it went away.

A few things came to my mind. Is it gout? Since I have a very high uric acid content? Did I sprain some join when I was sleeping? Is this finger going to straighten again? I told my parents about this finger (since they are in the medical line) and my father straight away say that it is a “trigger finger”. I refused to hear him out because my finger is not “triggering”, it won’t straighten. Too many questions that needs answer.

As stubborn as I am, I know it is the time to see the doctor. The GP referred me to the Orthopedic Specialist and for the first time, I am in a specialist’s clinic.

I had expected a battery of X-Ray to be endured. The specialist hear out my problems and pressed at the correct spot in the palm. Pain? YEAH! It was a quick diagnosis but what happens next is something that I wanted to laugh in his office.

He said, normally Stenosing happens to women about 90% of the time. I told him I had to be the lucky rare 10%. He said that this is a common ailment and 10% is a lot of people.

He said my case is minor since I only have one finger curled, some people come to him after they have 3 curled fingers.  I wondered then should I wait till 3 fingers are curled before I commit to the cure and get a discount.

The solution is for a minor operating to untangle the tendons and the sheath. When would I want to do it, he asked, like maybe a lunch invitation.

He said it is a short operation. “Short?, like half an hour operation?”. I asked

He said less than an hour for him, 3 hours for me…

Apparently I will be under GA.

I asked if I can go for LA, unknown to him I have this fear of GA.

He said he would not want me to wiggle around while he is pulling my tendons around. So he assured me that I don’t have to worry too much on what he will be doing because when I wake up, it will be fixed.

Operating is schedule for next week after the in-laws leave for home. In the meantime, the pain and the inability to straighten the finger is ANNOYING more than anything else. Bathing is a chore and sometimes Gabriel grabs my hands accidentally and it hurts. 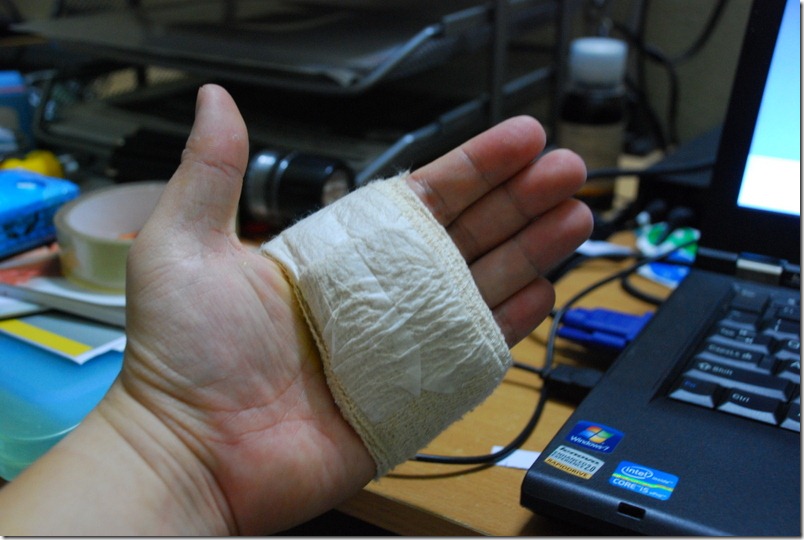 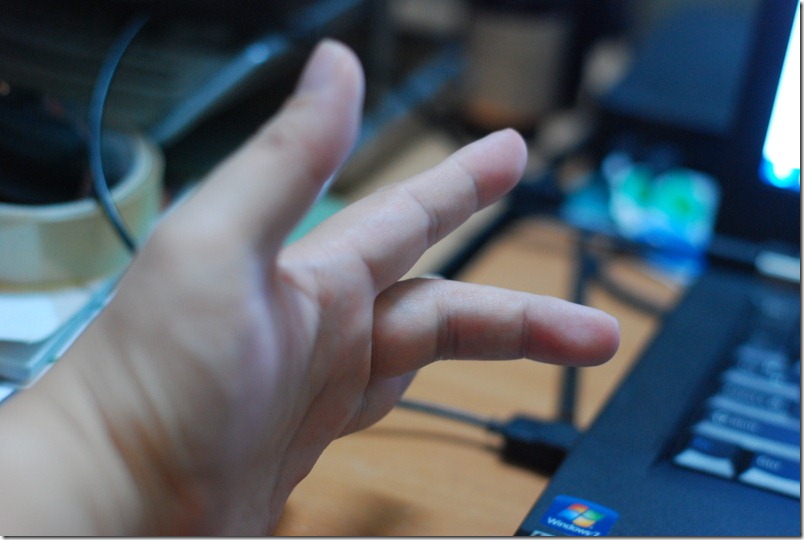 Take a pause before deciding

Passing down the heritage

A little bit more about the masters class