After successfully recreated grandma’s roti babi for the folks in Kuching and also getting the seal of approval from my mum, we want to learn how to make the dipping for the roti babi. It is called the white man’s vinegar, in hokkien.. ang mo chor. The commercial equivalent is the Worcestershire sauce by lea and perins.

We start the dish with a variety of spices and herbs… the quantities which are “up to taste”. 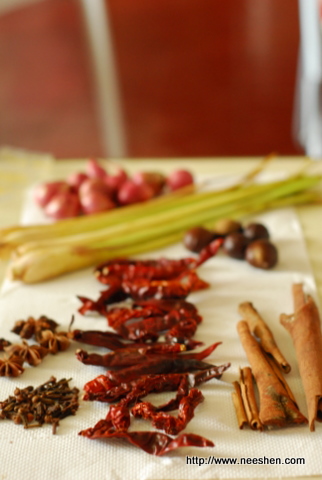 Then the ingredients are pounded the old fashioned way. 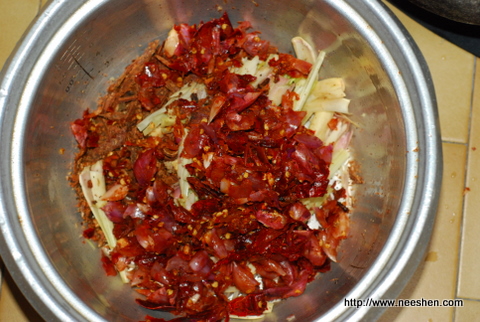 Grandma said it is not advisable to use iron or steel pot. She uses an old rice cooker pot which is made up of aluminum. The reason is that later, vinegar will be added which will react with the metal in the pot. Glass or aluminum pots do not react to the vinegar. 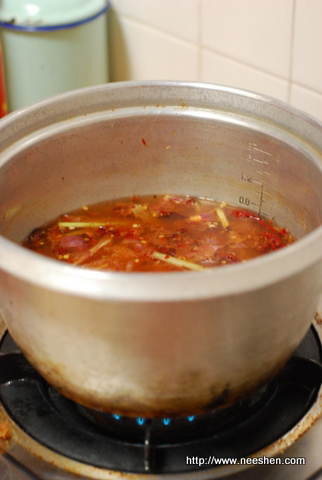 Pounded ingredients are then boiled to release the flavour. This is where sugar, salt and mustard is added in the mix. 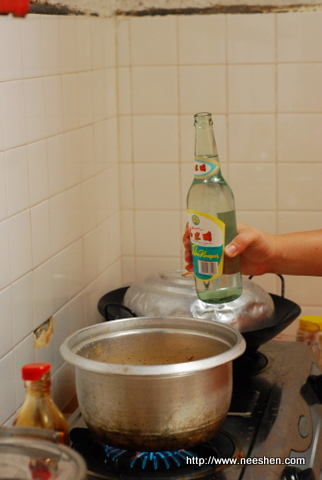 A whole bottle of rice vinegar is added, boiled for a little longer. 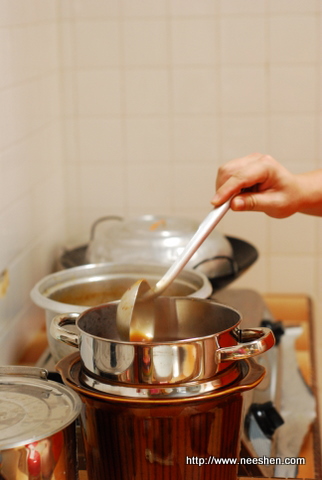 And everything is strained with a coarse strainer.